Like everyone else, I’ve waited a long time to receive my copy of S. T. Joshi’s very updated and expanded two-volume edition of his H. P. Lovecraft Biography; which I ordered from Hippocampus Press on 21-May-2010.

As a 57-year-old, life-long collector of H. P. Lovecraft related books, I don’t believe I can live long enough to see a finer, or more complete Lovecraft biography.

A very impressive set that belongs in the heart of any Lovecraftian’s book-shelves.

NOTE: Please click on any of the following images to see a full-size version. 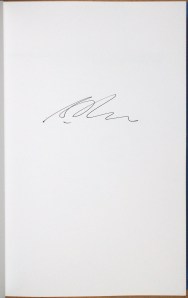 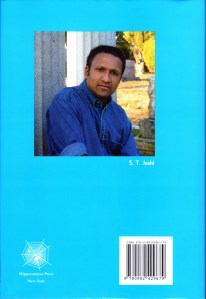 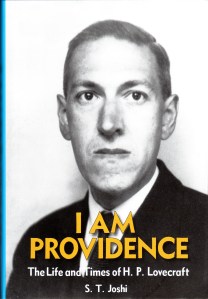 What made the wait for these volumes extra-long for me personally, was the fact that I had been asked on 07-April-2010 for permission to use one of the photographs from my 1990 H. P. Lovecraft Centennial Flickr Collection to illustrate St. John’s Catholic Church, the “Haunter of the Dark” church, in one of the two volumes of the new biography.

Having one of my Lovecraftian photographs included in what I expected (rightly so) to be the ultimate H. P. Lovecraft biography, was the highest honor I’ve ever been offered in the world of Lovecraft collecting. And the chosen photograph, titled “K_06 Federal Hill – St. John’s Roman Catholic Church (1871) – 352 Atwells Avenue (at Sutton Street) – Looking South-East” in the Flicker Collection (see: http://www.flickr.com/photos/cthulhuwho1/sets/72157624113258400/with/3810023709/) was actually taken by me on H. P. Lovecraft’s 100th. birthday on 20-August-1990; just before I headed over to Swan Point Cemetery to visit his graveside.

But having worked in films and television, I’ve learned the hard way that things can change; so I didn’t want to get my hopes up, or to really discuss the possibility of one of my photographs being in the new biography until I could hold the books in my own hands.

All I can say is, “Thank You S. T. Joshi, and Donovan K. Loucks for letting me be a small part of this set of books. I am highly honored, proud, and strangely humbled by this experience.”

For those who already have a set of the books (and if you don’t, what are you waiting for?), take a look at the photo page facing page 977 (see above left), and take a close look at the upper right image for the William E. Hart photo credit (see the center photo above), and take a look at my original photo to see the full-size color version (See above right).

I have to share with you my comments from the Flickr page for this photo, so you’ll understand some very special feelings I have about this image:

The “Free-Will Baptist Church”, home of the Starry Wisdom sect in H. P. Lovecraft’s story, “The Haunter of the Dark.” Demolished 04-February-1992.

H. P. Lovecraft’s description in “The Haunter of the Dark” still says it the best, “Of all the distant objects on Federal Hill, a certain huge, dark church most fascinated Blake. It stood out with especial distinctness at certain hours of the day, and at sunset the great tower and tapering steeple loomed blackly against the flaming sky. It seemed to rest on especially high ground; for the grimy facade, and the obliquely seen north side with sloping roof and the tops of great pointed windows, rose boldly above the tangle of surrounding ridgepoles and chimney-pots. Peculiarly grim and austere, it appeared to be built of stone, stained and weathered with the smoke and storms of a century and more. The style, so far as the glass could show, was that earliest experimental form of Gothic revival which preceded the stately Upjohn period and held over some of the outlines and proportions of the Georgian age.”

Does the light level in this picture seem darker than the other angles of the church? Although it was a sunny day (look at the other pictures before and after pictures K_05A, K_05B, and K_06), for some reason, my camera would not function properly when photographing the church from this angle. And even when I tried to correct shot K_05A in its digital format (see picture K_05B), it kept coming out dark. And that’s what made me think of H. P. Lovecraft’s description of Robert Blake’s experience in “The Haunter of the Dark”: “The afternoon sun came out from behind dispersing clouds, but seemed unable to light up the stained, sooty walls of the old temple that towered on its high plateau.”

3 Responses to S. T. Joshi’s Lovecraft Biography “I Am Providence” Finally Arrives – And Contains a Will Hart (CthulhuWho1) Photo!

This site uses Akismet to reduce spam. Learn how your comment data is processed.